Syria has been racked by a brutal civil war since March 2011.

The conflict has created a vast humanitarian crisis and is continuing to destroy people’s lives. Caritas works for a world where love and justice may flourish and where the dignity of the human person is upheld.

Syria has become the biggest emergency for Caritas and the organisation campaigning for an immediate end to the violence and suffering. Almost 13.5 million people in Syria need assistance, 6.5 million people have been internally displaced.

Nearly 4.8 million people are refugees forced to flee to neighboring countries. More than 230,000 people have been killed and thousands of others have been injured in the five-year conflict.

Pope Francis is closely engaged with the crisis and has called for an end to the fighting. He has also highlighted the assistance Caritas has given to Syrians regardless of their ethnic or religious affiliation as the best way to contribute to peace.

Millions of people are in a distressing state of urgent need. I pray unceasingly for peace and the end of the torments and injustices.
- Pope Francis (September 2015) 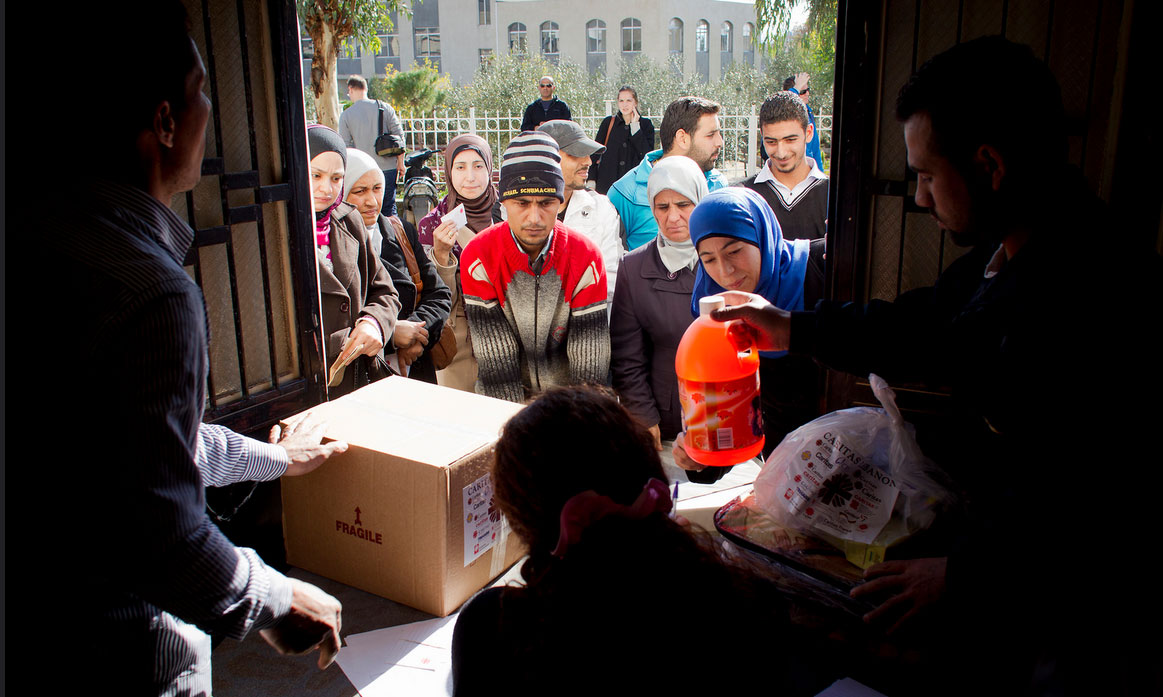 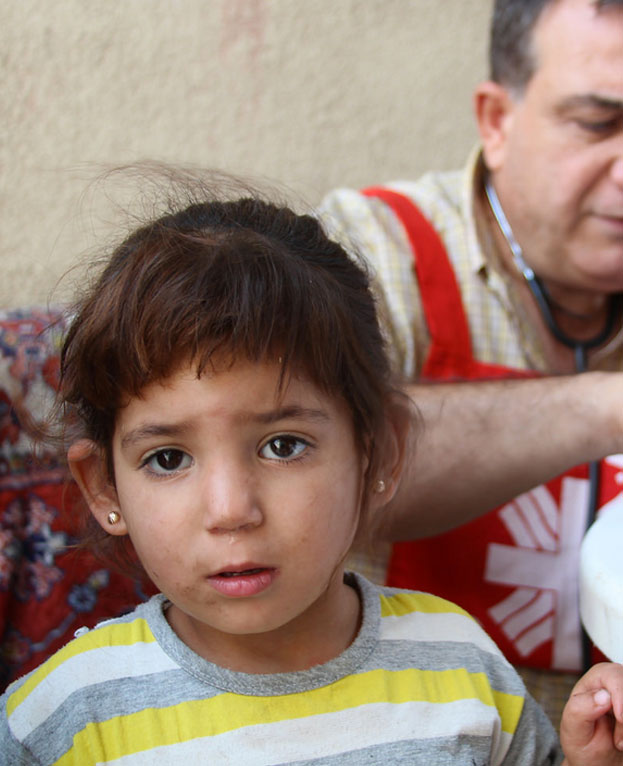 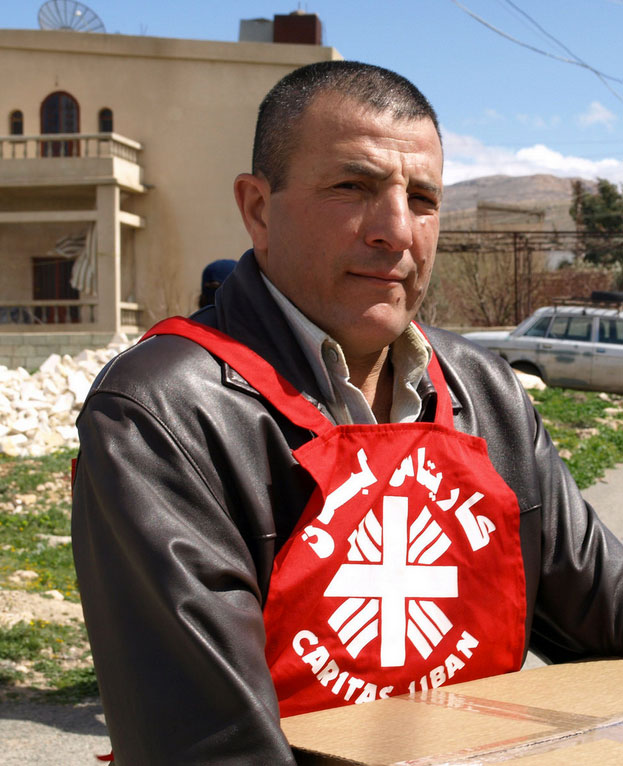 Caritas is one of the few humanitarian agencies still working inside Syria, with operations in Damascus, Aleppo, Homs, Djézireh, Horan and the coastal region. The war has taken an enormous human toll, schools and hospitals have been destroyed, homes have been bombed and livelihoods have disappeared.

Let us set aside greed and self-interest for the sake of the suffering. Let us work for peace.
- Cardinal Luis Antonio Tagle, President of Caritas Internationalis (March 2016)

We must work wholeheartedly for a ceasefire, an end to the fighting, stop arming extremist groups and get all the parties inside Syria to have dialogue and to listen to each other, in order to rediscover how to live together.
- Chaldean Bishop of Aleppo, Antoine Audo.

Despite the enormous difficulties and dangers, Caritas stands in solidarity with the Syrians and continues to provide emergency assistance from its centres, which are often on the frontline of the conflict.

Caritas staff in Homs helped people escaping extremist militias, while in Hassakeh they provided free medical care until bombing forced them to temporarily relocate and supported the elderly in Aleppo.

The recent battle for Aleppo left hundreds of people dead or injured and sorely tested Caritas’ resources. More than 2300 mortars fell in late April and early May. Caritas provided medical support and assistance for many of those affected. The future of the fragile ceasefire is uncertain.

The people are afraid. They are just waiting their turn for who will be hurt next. They are just asking God how many hours they have left to live. Our work continues.
- Joseph, from Caritas Syria.

Caritas gives people clothes, blankets and food parcels. If they are too sick or too poor to reach a Caritas medical centre, a doctor is sent to visit them. Caritas helps people find shelter as well as schooling for children. Counselors offer support to cope with depression, shock and bereavement. There are many challenges. 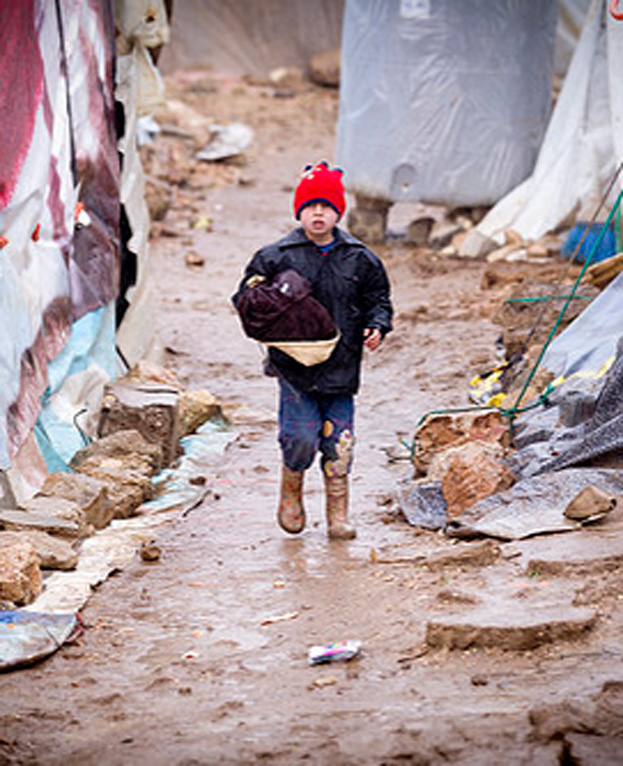 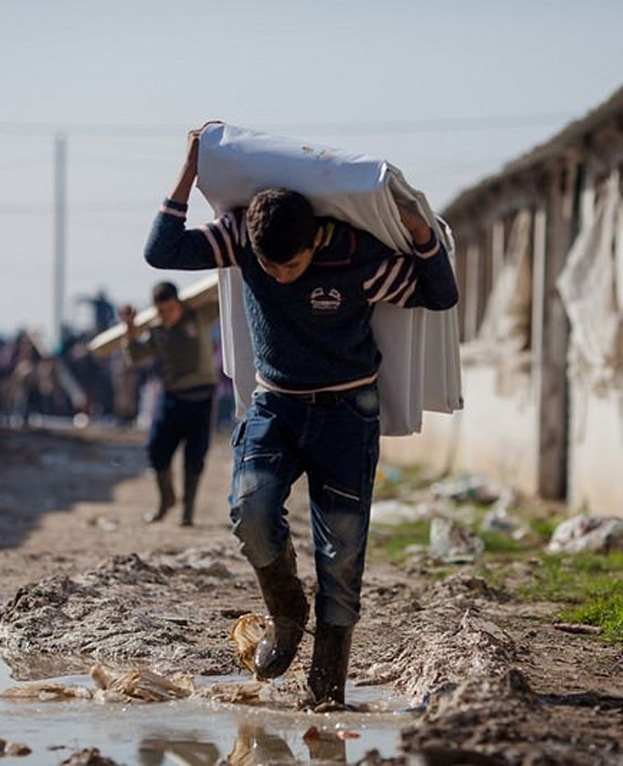 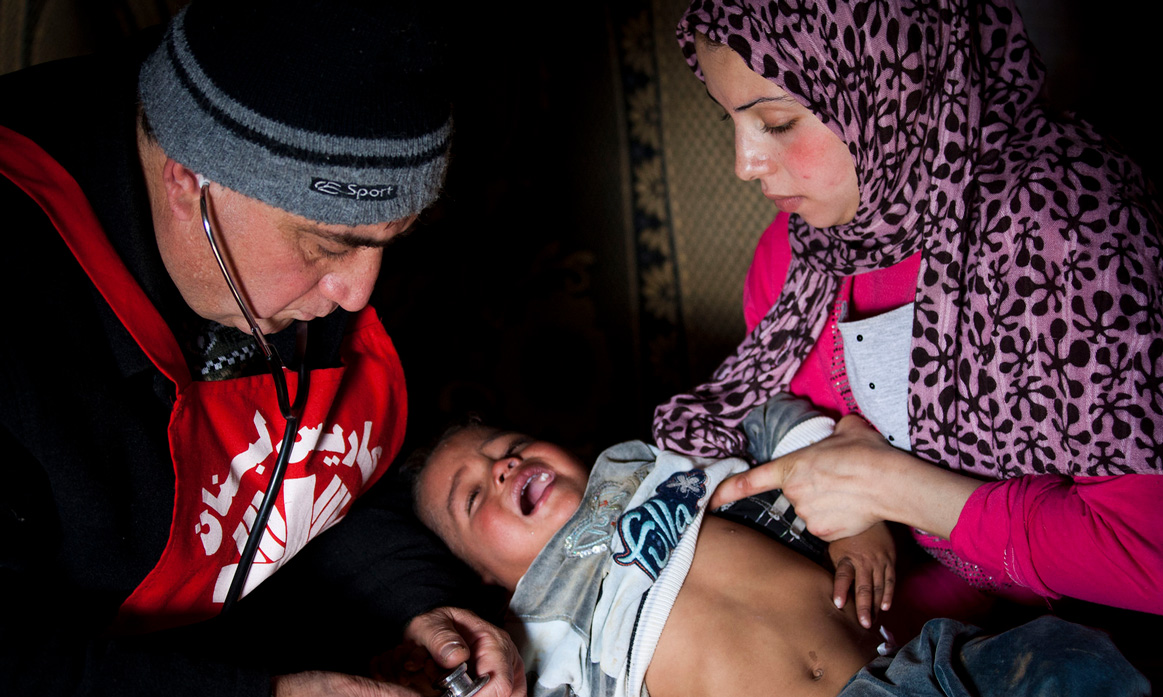 As the war continues Caritas staff have heard moving stories from those who are struggling to survive.

Caritas offered us moral support. We saw their beautiful smiling faces before anything else. They didn’t make us feel like we were taking a donation.
- “Dina”, a Syrian recipient

No more will violence be heard in your land, despoiling or breakdown within your boundaries.
(Isaiah 60:18)

Caritas works with mercy and compassion to uphold the dignity of people of all faiths and those with none. It responds to the call of Pope Francis to help make a “poor Church for the poor” as a “living witness of the love of God for all creation.”

Caritas will continue to campaign for peace in Syria and urge all parties to lay down their arms and end the violence and suffering and ensure all Syrians are treated with respect.

What can you do to help?